A History of Live Programming

The history of live programming stretches back to the earliest days of computing, assuming several different names, and manifesting in different forms: from interactive interpreters to live art performances.

But where did these ideas come from and where are we headed? We review some of the history and give a list of useful resources and citations at the end.

Live programming is an idea espoused by programming environments from the earliest days of computing, such as Lisp machines, Logo, Hypercard, and Smalltalk. In common with all these systems was liveness: Feedback is nearly instantaneous and evaluation is always accessible. For example, any part of the SmallTalk environment could be modified at any time and reflected instantly. Likewise, in HyperCard, the state of any object was considered to be live and editable at any time.

For more recent example of liveness, see the following systems:

What does it take for a system to demonstrate liveness?

For Steve, liveness is about interacting with a running system that is not stopped while waiting for new program statements. The motivation of liveness is to make data streams in a program visible. That is to visualize how data flows throughs a program beyond the stop-motion model we typically interact with.

But are there other ways to think of liveness? Perhaps, there are other dimensions to be defined and explored.

Over the last ten years, musicians and visual artists have been applying software engineering skills and constructing their own live coding environments and languages. Live coding in the arts draws on approaches to state in SmallTalk and Lisp a great deal, and persistence and process history is a key research topic for building live coding environments and languages. For example, check out the Circa language.

Although mainstream software engineering research may have ignored it, live coding has been common practice for a long time, in creative situations such as games development, film animation, interaction design, education and music, and in end-user programming contexts in spreadsheets, engineering, statistics and shells.

But, live coding is more than performance. Although people generally think the "live" in live coding refers to a live audience, there are examples of live coding which are reactive to the environment. For example, see this impressive art installation.

Can we think of software engineering activities such as katas are performances in much the same sense as audiovisual performances? Where does art end and programming begin?

For an intensive overview of live coding, including past events, and research see toplap.org. 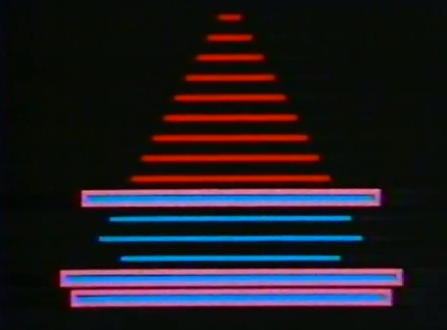 However, if we had to make a distinction between visualization and liveness, most visualization views the static state of a program and does not have a complete feedback loop. Other approaches which do visualize the program state fall short of liveness. Consider the classic "sorting out sorting" video pictured above. It does a wonderful job of illustrating how different sorting algorithms work, but it falls slightly short of connecting that to the source code of the algorithm.

Visualization in itself may not support liveness, but many of the ideas and concepts can be extended to do so.

Have an idea to contribute? Submit to the LIVE 2013 workshop co-located with ICSE in San Francisco.